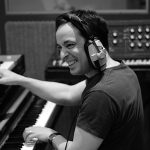 Appearing as part of the Kenilworth Arts Festival in the most magnificent surroundings of Kenilworth Castle Tudor Stables – on Thursday 15th September – is the legendary jazz pianist Jason Rebello. Since exploding on to the scene in the 1990s, Jason has cemented his reputation as one of the most talented, inventive and intuitive pianists of his generation. He has won most of the major jazz music awards, has been nominated for a MOBO Award, and has worked with artists across the musical spectrum including Sting, Jeff Beck, Peter Gabriel Pee Wee Ellis and Madeline Peyroux. As part of the festival programme, Jason will be performing a very special solo piano concert.