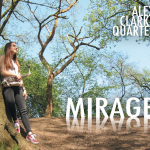 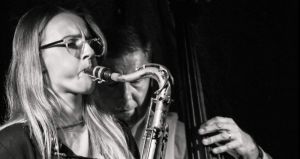 As a finalist in the BBC Young Jazz Musician of the Year 2020, winner of the Rising Star category in the 2019 British Jazz Awards. Alex is known to be one of the most in-demand and versatile young saxophonist players emerging on the British jazz scene. The Quartet recently played a fine set during the Kenilworth Arts Festival.

As well as leading her own projects, Alex works with local bands and house rhythm sections up and down the country, performing alongside notable names such as Roy Williams, Bruce Adams, Enrico Tomasso, Gilad Atzmon, Greg Abate, Dave Newton and Art Themen. Additionally, Alex regularly works with the highly acclaimed jazz, blues and country vocalist/pianist TJ Johnson. As well as small group playing, Alex has worked with a variety of big bands such as the highly-regarded Northern band ‘Swingtime’ and The Paul Barry Big Band. ​

Over recent years, Alex has benefitted from tuition from Andy Scott, Dan Whieldon, Alan Barnes and Andy Panayi. She is also an alumni of the National Youth Jazz Collective, where she has received outstanding instruction and mentorship from some highly respected names in jazz performance and education.